You can’t have it both ways……. 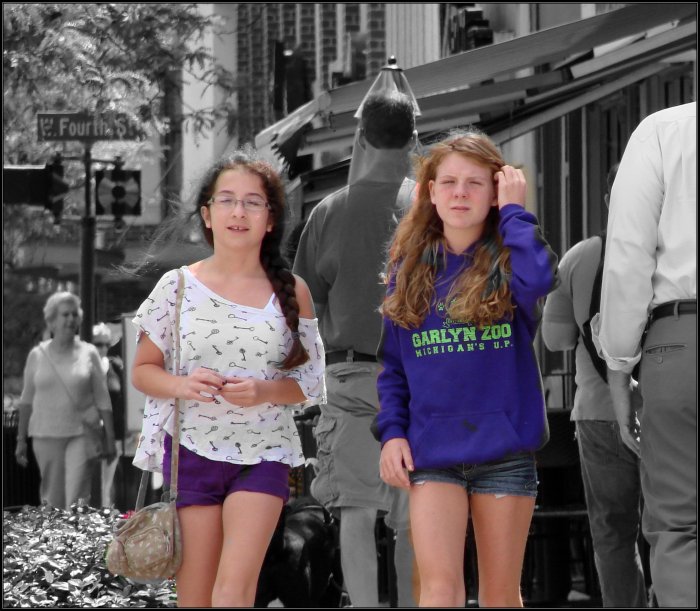 “Its so disgusting how these girls dress now-a-days, they dress like women and they should be dressing like children!” said the first woman

“Your right! Back in the good ole’ days children dressed like children, none of these short-shorts or skimpy blouses” said the second woman

Then yesterday afternoon one of my clients was telling me about the shooting that took place in Washington DC in which 11 people were killed, “When I was younger that kind of s**t just didn’t happen. The world’s gone crazy lately, its not like it used to be” he told me.

REALLY???  Could someone please enlighten me on when exactly these ‘good ole’ days’ occurred because somehow I missed out on reading about this portion of history in grammar school, high school, and college. Actually, I’ve never read of any era close to something I would want to refer to as the ‘good ole’ days’.

Lets pause for a moment and consider what life was really like back in the ‘good ole’ days’;

–) It wasn’t until the 20th century that women could vote! Throughout most of human history women have always been treated like second class citizens.

–) Throughout most of humanity’s history children (especially females) have been treated like the ‘property’ of their parents and marriages were arranged which meant children had no say in who they would be forced to spend the rest of their lives with.

So to borrow Steve Martin’s line, Well excuseeeeeee me…..but what was so great about these ‘good ole’ days again?Could we all stop living in the world of delusions and enter the realm of truth; there have always been problems in every era of human history.

There is nothing new under the sun

But what about girls and the way they are dressing ‘now-a-days’? Let us consider for a moment the style of dress throughout much of the Victorian era. For hundreds of years (thousands?) children dressed remarkably similar to adults. How can that be? The Victorian Era? “But I thought the Victorian Era was a very conservative era of human history?” How could children be dressing like adults back then? Look at any paintings of children from that period and you will see pictures of ‘little adults’; children who are portrayed in the same type of clothes and demeanor as adults from that era.

Beethoven at age 13 – Courtesy of Wikipedia

Oddly enough, this article is not specifically about styles of dress and clothing. Yesterday’s shooting in Washington D.C. sparked a lot of conversation among my various circles of friends and the comment of my one client was fairly representational of what a lot of people told me, “Things like this just didn’t happen back-in-the-day“.

However, as much as we would like to think shoots, mass murder, injustice, crime, and other such societal ills did not occur ‘back-in-the-day’…..the simple fact of the matter is that they did occur.

There is nothing new under the sun.

The weapons of warfare and evil have changed in varying degrees, but the potential of evil and crime being carried out has remained constant throughout every era of human history. Perhaps this is why many of us were disappointed  with President Obama’s attitude toward the conflict in Syria; it was business as usual, yet another leader who believes the way to bring peace….is to add to war.

I feel a headache coming on, time for another cup of coffee