Home › People Without Faces › Being ‘good’ is REALLY boring

Being ‘good’ is REALLY boring 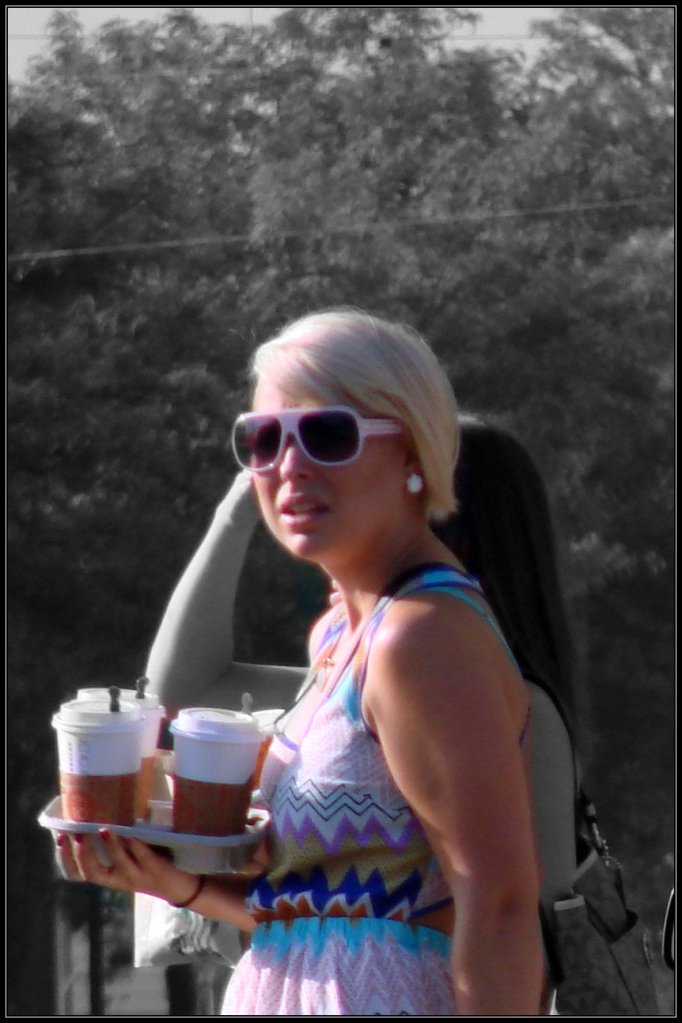 ~ Yesterday over a cup of coffee I had a lengthy conversation with a stressed-out and worn-out divorced dad. His wife had developed an alcohol problem while they were married and coupled with numerous affairs she committed….they are now divorced and he is barely making it financially…

“Kenneth, after I pay taxes, alimony, and child support, I barely squeak by paying all my bills each month. I watch movies of people having fun in distant lands and I wish I could just drop everything and disappear to a more exciting life”

His children are young and he is a faithful father. He spends more time and energy with his children than any other divorced father I know. Because the mother is still struggling with alcoholism, he picks up the children throughout the week and on most weekends. The only reason the children live with the mother at all is to ensure that she gets a child support check from him which she uses to live on since she doesn’t work……

“I used to live the wild life before the marriage; parties, women, drugs……my life was out of control but extremely exciting……I gave everything up when we got married….now I’m trying to do what’s right by my children and by God, I haven’t drank in years…..my life is really boring but I want to be there for my children” he said

The simple fact of the matter is that in many ways; doing good can often be boring. Helping people and making a difference in someone’s life isn’t always very exciting…..and in many instances it is rather dull and uneventful;

This past week I’ve been highlighting the people without faces, the people we see every week but never truly notice; the people who are starved for someone to invite them out for coffee or to lend a helping hand in their lives…….and the truth of the situation is that adopting an attitude in which we reach out to such people is no simple task.

When movie stars and celebrities come into the cafés I hang out at….everyone wants to sit and talk to them……but throngs of people are not standing in line to have coffee and a conversation with the people who are lonely, the homeless,  the stressed-out single mom or the divorced dad…..

For the last 20 years of my life I have been asked repeatedly how I meet so many people at coffee and have so many conversations about the things that matter most with total strangers; well, its not nearly as exciting as it sounds. If I write about a conversation I had with someone…..you’re merely getting the abbreviated highlights. You’re not experiencing the time and energy that went into getting a brief excerpt of the conversation….you’re reading an 850 word article about the conversation and I’m leaving out the other 200,000 words, many of which are the hum drum bylines of normal dialogue.

When I was in college studying psychology and counseling I couldn’t wait for the day when I could begin working with clients; when the time came that I finally did one-on-one counseling and I became a group counseling leader; I found that it wasn’t nearly as exciting as I thought it would be. Having to deal with clients who broke down in tears day-after-day as we worked through their various problems became extremely repetitive. Thousands of different clients, thousands of faces, thousands of tears….at times it all became a blur.

Being good, doing good, pursuing a life in which we make a positive difference in the lives of others…..can often be very boring.

—-) Being a good father….can be boring

—-) Being a good mother…can be boring

—-) Being a good employee…can be boring

—-) Being a good student….can be boring

Its not that we can’t receive joy or satisfaction out of those pursuits…..but I want to emphasize that the day-to-day moments of those callings can often involve quite a bit of dull triviality. Its easier to stay up late on a Friday night and get wasted at the bar with friends….than to get to bed early to wake up and make breakfast for your children on Saturday morning.

It can often be more thrilling to jump into bed with a stranger….than to stay in a committed relationship with someone you have had sex with more than a thousand times……

I’ve met many men and women who want to become priests, pastors and ministers.The majority of them have always associated their pursuit with getting to talk and preach sermons or homilies to large crowds of people; where are the minsters who want to imitate Jesus? Where are the ministers who want to hang out with the poor, the downtrodden, and the outcasts of society? Its more exciting to stand in a pulpit and have everyone look at you…..than to have nobody see you as you sit quietly in the corner having coffee with the homeless.

I can smell the aroma of a fresh brew of coffee in the air, time for another cup.