A Pastor who scares people…REALLY??? 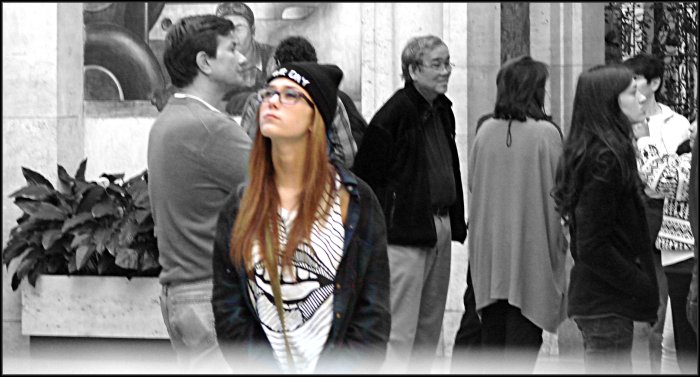 ~ A while back at coffee I met with an atheist who had grown up the son of a Preacher. His father was a hardcore fundamentalist preacher who believed very emphatically that eternal life came down to the Baptist “Jesus way or the hell-way”,

“Kenneth, one of the first times that I really began to question what my father was teaching us is the time that one of our parishioners was over the house and my dad grabbed him by the collar and threw him against the wall” he said.

Apparently, the parishioner was having an affair and the Preacher/father decided the best way to get the guy to quit cheating on his wife was to intimidate him by throwing him up against the wall and yelling at him that he was headed to hell unless he stopped screwing around, “Kenneth it was crazy, my dad shoved him so hard against the wall, face first, that the guy’s nose started bleeding” he said

Whether or not the parishioner stopped cheating on his wife I have no clue….we never got around to discussing that aspect of the conversation; instead much of what we discussed was the atheist’s bad experiences of growing up with an intensely devoted fundamentalist preacher as a father. Although his dad didn’t ex-communicate the son for switching to atheism; his family and ex-church has made it pretty clear to him that he is headed for an eternity of hellfire and damnation because he has rejected god.

I’ve never really understood this aspect of the religion; the whole idea that Christian’s believe their main responsibility in life is to convince people they are going to hell for rejecting Christianity. The bible talks about a lot of subjects; yet for some reason ALOT of Christian’s have decided that the topic of hell is the most important subject to ramrod down the throats of non-Christians. Christians in my community stand outside on the street corner in the summer with signs telling passerby’s that they are headed to hell.

If we are going to be honest with ourselves; by sheer volume alone Jesus talked about the subject of money more than he talked about death. In fact, 1/3 of all the parables Jesus told revolved around money and 1 in every 7 verses in the book of Luke are about money…….

However, walk into any Church in the Western World and you will find married couples and singles who are struggling financially and yet the average church doesn’t do a damn thing about it.

Of course, usually when churches discuss the topic of money it has to do with giving money to the church. Isn’t that a bit convenient for the Church?

It is really disheartening; who among us is not aware of the devastating effects of our economic situation all across the Western World? Who among us hasn’t seen the daily headlines since 2008;

—) “price of gasoline goes up”

A day doesn’t go by that the Media doesn’t report some new financial heartbreak that affects millions of families and single adults all across the Western World. And yet so much of the Christian church marches along to their own beat and ignores the subject most discussed by Jesus; money, helping the poor….and that pure religion is about helping the helpless, the widows, and those on the bottom rungs of society….and instead too many churches are more concerned with telling people they are going to hell then dealing with poverty, homelessness, single mothers, single fathers…and all the other people in real need.

—) Where are the stories of Christians who are pooling their money together to help pay off the debts of their parishioners?

—) Where are the stories of churches who are helping to save people’s houses from being foreclosed on?

—) Where are the stores of Christians who have made helping single mothers a primary focus of their mission?

—) Where are the stories of Christian doctors, dentists, and other medical professionals who are giving away free services to those who can’t afford them?

Instead, too many Christian’s would rather make hell fire and damnation their primary focus when they interact with others.

As a Christian I can’t emphasize enough how much this bothers me about my fellow Christians. It drives me nuts. I have had many good friends throughout my life who are atheists, agnostics, as well as friends who believe in different religions……and it seems entirely absurd for me to attack their beliefs by telling them they are headed to hell because they don’t believe what I do.

The simple fact of the matter is that people gravitate toward authenticity; you don’t have to coerce people to the truth.

—) Although Galileo’s discoveries were initially rejected….eventually, because his findings were authentic; the masses ended up believing

—) Initially, most people rejected and ridiculed Louis Pasteur for his germ theory; but now-a-days we all wash our hands without even thinking

Authenticity wins in the end. Truth (whatever the truth may be) wins in the end. Coercing people, ramrodding your religious beliefs down people’s throats, throwing people up against the wall……those tactics are simply sad and disheartening.

You can hate me if you want, but I am on this journey of life with all the others beside me; whether they are atheists or Hindus or whatever…….and I’d rather spend my time having positive dialogue, helping the poor, the homeless, the single mothers, and everyone else in between….then throwing people up against the wall and telling them they are headed to hell.

I’d also of course like to enjoy a couple cups of coffee along the way.

(P.S. If you haven’t heard I’m going on a national and worldwide tour of 100 coffee houses in 2014 check out my link for the news and stay tuned for dates and locations <link> )