Home › Drinking in the Culture › They spit in my face all the time…REALLY???

They spit in my face all the time…REALLY??? 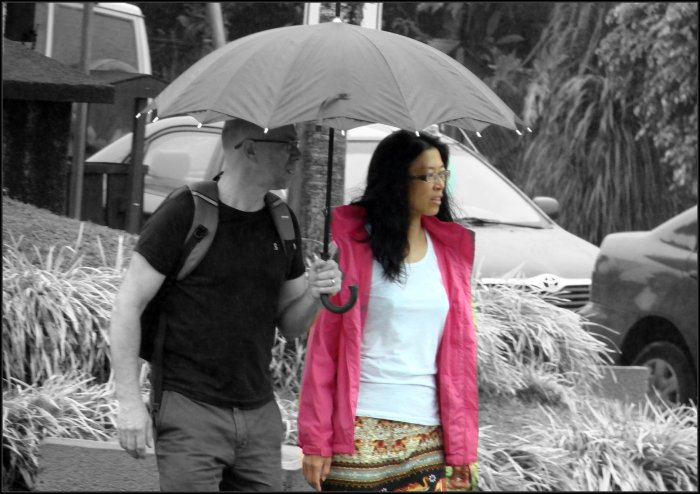 I was sitting in a little airport coffee house during my travels this past week when a TSA agent sat down next to me. TSA stands for Transportation Security Administration….they are those people who were in the news for the past few years in the U.S. because airline passengers were going nuts at the new government protocols which involved thorough pat-downs (often including the pat down of genitalia) more intrusive body scans (that allowed TSA agents to see what you look like naked) and other security checks that many people believed were unnecessary.

“People don’t seem to realize that we (the TSA agents) don’t want to touch your junk” she told me, “And for six months I had to work in the dark room looking at the body scan images and it was really uncomfortable for me seeing all those things, it was weird” she said

“Well, anytime women have breast implants it shows up on the body scan and it looks really strange, and a lot of men and women put stuff under their clothes to enhance….their….uh, well to enhance their appearance. So it makes me feel weird to see women with things stuffed in their bra’s or men with weird things stuffed in their underwear” she said

It turns out that because of the public outcry against the TSA, the internal rules that TSA officials operate under were changed; if a passenger spits in the face of a TSA officer at the airport, the officer is not allowed to arrest the person; they simply have to wipe the spit off and send the passenger on through the checkpoint.

If you spit in the face of regular police officer in the United States you can be sure that you will probably receive a citation and depending on the situation you might even get arrested…….but TSA officers have to take the brunt of the public’s nastiness; they simply have to grin and bear it.

“I actually made a lot more money working security at my previous job; but I got laid off and here I am working a job where our ‘customer’s’ absolutely hate our guts. They think we are devil and they don’t understand that everything we do is because if we don’t; we will get fired”

The TSA woman told me that every six months she has to take a refresher course that involves a test and if she fails; her job will immediately be terminated, “We’re under a lot of stress; the passengers hate us, our bosses watch our every move and if we make one mistake there is hell to pay on all sides” she said

Listening to the TSA agent at coffee I was mesmerized as to how different her story sounded compared to the hundreds of stories that made it into the NEWS cycle over the past few years.

—-) More than one NEWS story focused on the humanness of the passengers; and made the TSA agents out to be somehow less-than-human

There are a lot of thankless jobs out there and being a TSA agent sounds like its one of the worst……..but that is what is great about the human spirit; because despite how awful her job can be this TSA agent told me that ultimately she believed that she was helping to protect people, “I really do believe we are making a difference. Maybe some of our regulations need to be changed, yet ultimately our goal is to protect airline passengers” she said

At the risk of over-spiritualizing this….I was reminded of the story about Jesus being spat on, being whipped, being lashed until he bled……..sometimes I guess we have to go through severe trials in order to accomplish something worthwhile with our life.

I don’t get spit on by my clients. In fact, most of my clients treat me really well…….so perhaps I am fortunate to have a job that on most days goes pretty smooth…..and that’s why I think it is a shame that I am so ignorant of what is going on in the rest of the world. Too often I live in my own little bubble where I allow the little problems of my life to become so magnified that I entirely lose perspective on what matters most.

I have a plumbing problem at my house that has to get fixed today and its been bothering me all night…….yet it doesn’t seem like that big of a deal because when I think about it; nobody is going to spit in my face today or cuss me out…….

Time for my morning coffee,

Categories: Drinking in the Culture