Home › Culture & Society › All that matters is getting a good job…REALLY???

All that matters is getting a good job…REALLY??? 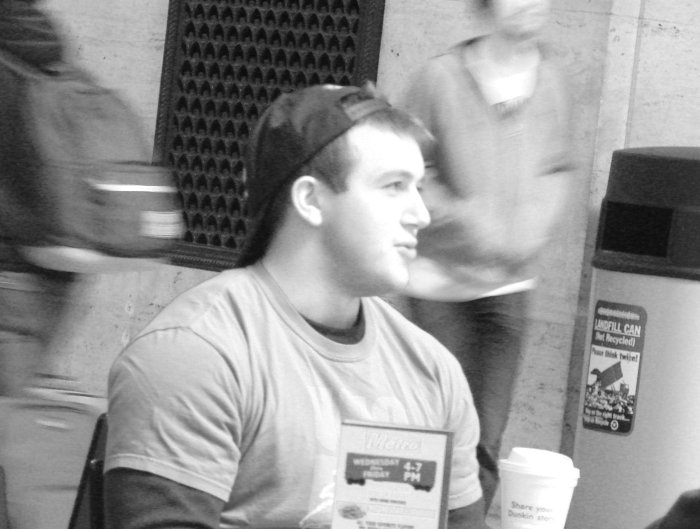 “I’ve always had a problem with men, I tend to put up with them cheating” she said

This past weekend in Chicago was surreal. Meeting with fellow bloggers at coffee shops as well as connecting with people I met along the journey; the weekend was filled with a lot of excitement…..but also a tad bit of sadness.

One particular young woman that I met at coffee was an accomplished woman. Multiple degrees from various Universities, a really good job, and a world traveler; on the outside this woman was the epitome of what so many parents hope their daughters will grow up to be……yet there was a hollowness in her  voice.

As we talked about life and our various experiences, I couldn’t help but sense that something was missing; why did I keep getting a vibe that sadness plagued her heart? It was after we’d talked for quite a while about a bunch of different innocuous things that she began to open up,

“I’ve always had a problem with men. I date guys that don’t treat me right, I put up with them cheating on me and I don’t stand up to them” she said

It’s a story I’ve heard far too often and it’s always the type of thing that breaks my heart. There’s little point in even listing the details because by now nearly all of us know what the woman told me,

—) Parents divorced at a young age

—) A disconnect in the relationship she has with her father

—) A massive pressure from her family to pursue higher education, yet all that higher education never dealt with the emotional emptiness that she lives with day-after-day

Obviously there was more to her story but I’m not at liberty to recount anything else. Suffice to say, that young woman is hardly the only woman out there who puts up with men who treat her badly. I guess it was also interesting to me because earlier in the day I had sat with another young woman who could have taken the same path in life as this one…….but after a few minor brushes with men in high school who didn’t treat her very well; the young woman I met earlier in the day had made the proactive decision to not let men push her around.

Since I have two daughters I think about this a lot; raising my daughters with that self-confidence to carve their own way in the world and not get pushed around.

So much in our culture is designed around pursuing education and career. “All that matters is getting the best paying job” is what many of us grow up thinking.  And so, instead of focusing more of our energy on our emotional and spiritual self; we distract ourselves with school, tests, college, and earning money…….while all the time we are spiritually and emotionally starved. We are like the walking dead, tearing at the flesh of other humans trying to stay alive……yet entirely soulless.

If there is any observation I keep coming back to of Western Culture it is that I feel we are slowly losing our soul. Disconnectedness abounds. With more than 70% of all U.S. citizens on some type of prescription drug, when you factor in all the people who are addicted to illegal drugs or alcohol; its rather staggering to consider how many people are medicated.

It’s not that I’m implying that all medications are wrong. Not at all. But the simple fact of the matter is that so much of the medication is connected to people feeling lonely, sad, isolated, depressed, fill-in-the-blank.

We are a culture that has lost its way. We worked like hell during the 80’s and 90’s and then that damn housing bubble burst in 2008. It rocked our world. The price of gas went up, unemployment got out of control all across Europe and the Americas, people began waking up to the realization that all that they had put their hope in is no longer there; a stable economy is nothing more than the dreams of our past.

And so there are many people out there looking for purpose, passion and peace. The young woman I talked with was one of those people. She accomplished everything that the world told her to accomplish…..yet she still feels empty.

What would you have told the young woman? Is there a simple phrase to say to someone like her that makes all her sadness disappear in a momentary whisper?

We talked for a long time and I simply listened. At one point a couple tears trickled down her face as she talked about a past boyfriend. I asked her what she really wanted out of life and she said, “I’m not really sure anymore”.

Chicago was a great trip, and I look forward to Pittsburgh in two weekends. But for now, I’m left with a feeling of bitterness, I can’t change the world over night and that frustrates me.

Just a few thoughts as I sipped my morning coffee,