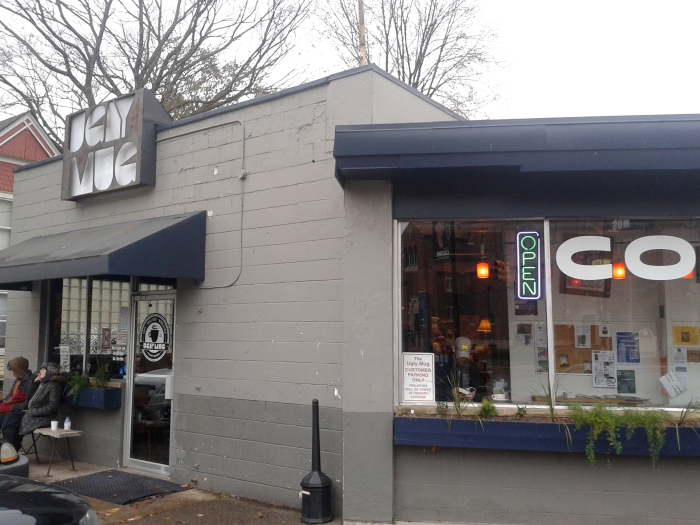 ~At coffee yesterday the young woman sitting next to me struck up a conversation with me, her boyfriend had stepped outside for a minute to smoke, and she was excited because they were celebrating their one year dating anniversary,

“We met each other on a blind date, can you believe that? I’m not the blind date kind of girl” she said

“What was it that attracted you to him?” I asked, but the look on her face made me think I asked a question that was too intrusive, “I’m sorry, perhaps I shouldn’t have asked you that?” I said

“No, your question is fine” she said, “Go ahead ask me anything”

“Was the conversation with him good?” I asked

“Was he funny? Did he have a good sense of humor?” I asked

“Were you instantly attracted to him? Was there a lot of chemistry between the two of you?” I asked

At this point in the conversation I couldn’t help but laugh, “Ok, I give up, what attracted you to this dude?”

“Honestly….” her tone had gotten really serious and a couple decibels lower, “He was the first guy that I ever went on a date with that didn’t try to have sex with me on the first night. No guy had ever treated me respectfully like that before” she said

Perhaps it’s just me, but I can’t help but wonder what kind of crazy world we’re living in where all a guy has to do get a woman interested in him is to keep his hands off of her. Has everyone gone mad? I mean, what is wrong with men these days in that women have become so accustomed to men trying to get into their pants on the first date, that when a guy comes along who demonstrates a little civility he is like the Lone Ranger; a man with integrity among a culture of crazed men.

At a coffee house last week I ran into a longtime acquaintance of mine, she had recently gotten out of a three year relationship, “Kenneth, I’ve been on three dates in the last month, and each one of the men talked about sports and video games incessantly. I swear, if they asked me one question about myself I can’t remember” she said

Sadly, the culture of men in much of the Western World has declined when it comes to intellectuality. More women throughout much of Europe and the America’s are graduating college than men. It has been wonderful to see how society began to correct itself when it came to gender equality for women; but the unintended consequence seems to be that we are producing more and more Neanderthal men.

Sure, there are always exceptions. Men who write and read and have intellectual depth are definitely out there; but they are quickly becoming the exception rather than the rule. Everywhere I go I run into guys who tell me they spend the majority of their week glued to their fantasy worlds; video game universes that only exist in cyber space.

Video games are killing of our men. Don’t believe me, consider these statistics;

—-) 1/3 of college students admit to playing video games while IN CLASS!

—-) Studies have found that men are playing video games between 16 – 18 hours a week!

Instead of growing their minds through reading, conversation, and intellectual dialogue. Too many men are exchanging philosophical stimulation for the meaninglessness of video games.

If it sounds like I’m against video games, I’m not; as long as they are pushed to the back of the burner. They might very well be a positive element of entertainment, but the problem I see is that they’ve become a way of life. People view themselves as “GAMERS”. They identify themselves as Gamers, is that really a healthy self-identification?

Thirty years ago if someone spent the majority of their private life sitting alone in their bedroom, they would have been considered to be anti-social. Yet now-a-days, people who live solitary lives, alone in their room for more than half of the week, identify themselves as “Gamers”, as though it’s a badge of honor.

I realize some people might think my overtures on this subject are too severe. Yet when I look at this society of men, filled with a bunch of guys who no longer have the charm and intellectual capacity to keep a stimulating conversation going, I fear we have headed in the wrong direction.