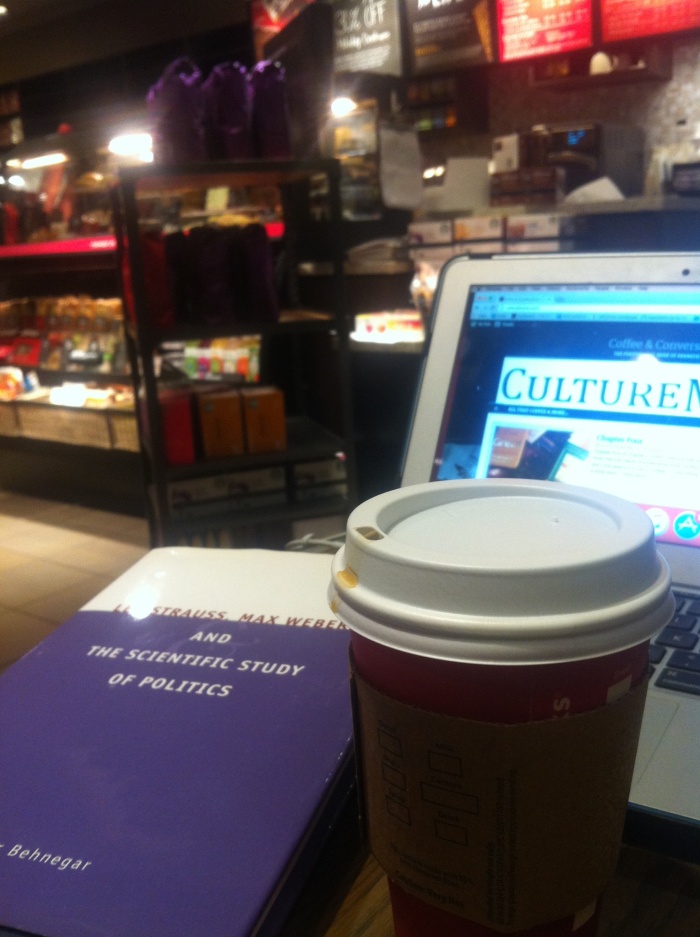 [A chapter in which a hooker tries to convince me that her life is epically wonderful, and I realize that prostitutes have a lot in common with priests and professors]

~ A good friend of mine calls my favorite coffee shop the crossroads of America. What he means is that it seems as though the coffee shop we hang out at is the epicenter of whats going on in our country; at any given moment politicians might walk in, celebrity movie stars, and on a nice blue sky day recently a hooker sat down at my table.

I didn’t know the woman was a prostitute. She had to be at least ten years older than me and being that the coffee shop was full she asked if she could sit at my table. I’m not sure what it is about the aura that my particular coffee house table gives off, but it does seem rather odd that so many strangers ask to sit with me when the place is full. Perhaps I just look non-threatening, as opposed to the dude with the snarl on his face or the plethora of college students who have headphones on and seem oblivious to the idea that there is a world outside of their immediate gaze.

Initially, the older woman was content with staring into her phone like so many people do these days, but after awhile she asked me what I was reading. That simple question led us into a discussion of economics and business to which she procured a sly grin, “I am the greatest business woman you have ever met” she declared emphatically.

“Well, I haven’t worked in nearly ten years, yet I drive a brand new car, wear designer clothes, and travel the country regularly” she said

“Is that right?” I said, “You sound like you’re a hooker”

She laughed, and lowering her voice she mouthed the word, “Exactly”

An older coffee shop acquaintance of mine is obsessed with prostitutes. Not in the sense that he has sex with them, actually, he doesn’t have sex at all. He is a bit of an odd duck. At 70 years old he denies himself as much worldly pleasure as possible; he won’t eat food that has pleasurable tastes, he refuses to have sex, and has a whole list of quirks that he attempts to fit into his philosophy of minimalism.

As soon as the woman let on that she was an adult sex worker, I instantly wished my older friend was there because he would have truly enjoyed talking to her about her life. He once picked up a prostitute off the side of the road, not to have sex with her mind you, but he talked her into letting him take her to White Castle where in exchange for buying her a bunch of those greasy burgers, he got to ask her questions about why she got into the business of selling sex.

As far as I go, talking to a prostitute is pretty far down the list on things I enjoy doing. I tend to find the conversation a bit too depressing. When I was a rehab counselor, a number of my clients were various prostitutes of sorts and I had heard enough tragic stories of living on the streets and what they did to survive to last a lifetime.

I tried to brush the woman off with a raised eyebrow and the statement, “Well, I guess you have figured out how to make your life work for yourself” but unfortunately that only had the opposite effect of egging her on.

The woman considered herself a high priced escort, “I only have four clients and they take care of all my financial needs” she said, constantly trying to portray her life as thrilling and filled with constant excitement. There was something desperate about her boasting, as if she was trying to prove to me the awesomeness of her life.

For the next thirty minutes I would politely look up from my book and nod at her various boasts. She never gave the explicits of what she did behind closed doors (I made sure not to ask) but instead appeared set in her mind on convincing me of her eternal happiness. I could tell she was getting agitated with me, maybe she was used to guys fawning all over her when she mentioned to them what she did for a living, or perhaps she was just starved for attention.

At some point in the midst of her constant storytelling her voice became more intense and she said sharply, “You don’t respect me!”

If I was going to be honest with her, what I was most annoyed with was the fact that for the better part of an hour she was force-feeding me stories about her life without engaging in any back and forth dialogue whatsoever. Too many people are like this these days, they talk at us rather than with us.

It is a lot like going to church or school; the dude or dudette up front lectures at people and instead of a substantive back and forth socratic dialogue regarding doctrine, all that ends up happening is people get indoctrinated.

It is interesting that prostitutes can be a lot like professors and priests; they want to preach at people instead of having dialogue with people. You have to hand it to Socrates, it really shows us how humble he was that he didn’t feel compelled to stand at a lectern and preach at people all day. The Socratic method is entirely dialogue based. There are only a few colleges and universities in our country that practice the socratic method, most schools exist to indoctrinate students rather than to teach students how to think and learn on their own.

Perhaps this prostitute graduated from your typical college and was doing nothing more than imitating the methodology she learned from her professors; go out into the world and indoctrinate people with your belief system.

The longer we “talked” the more upset she became, and let me tell you that not once did I ever condemn her lifestyle. What bothered her was that I was not impressed with her fancy clothes or car, those things simply don’t do very much for me. When I told her that my goal was to one day be free from driving a car she acted as though what I said was heresy, “Why wouldn’t you want to own a car?” she exclaimed

“Because I prefer to walk and ride my bicycle. I only drive a car because of work. I would much rather use public transportation for longer trips than an automobile” I said

“Honey, there is clearly something wrong with you” she said as she gathered her things and walked away in a huff.

I went back to my book but before I could even finish the page I was on the woman was back. She placed a card on my table, “Here’s my number if you are looking for some fun” she said and then before I could refuse she turned and left.

I picked up the glossy business card, “Fine Adult Entertainment” it said in bold letters. I thought about crumpling it up to toss it into the garbage but out of the corner of my eye I saw the old dude who doesn’t have sex but likes talking to prostitutes. He was on the other side of the street walking into the tea shop. I threw my book in my book bag and headed over there. I knew he would love to have her card.